In Conversation with Antoinette Latouff 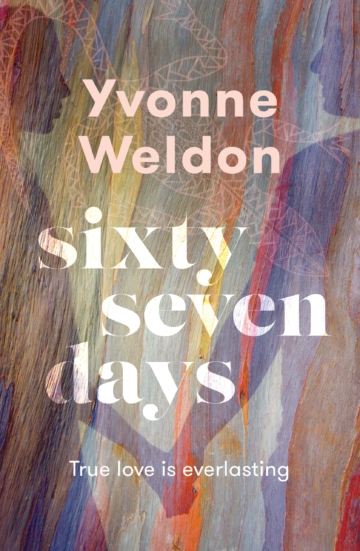 A seminal debut from 2022 NSW Aboriginal Woman of the Year, the first ever Aboriginal councillor for the City of Sydney and first Aboriginal candidate to be ever nominated for Lord Mayor of Sydney.

Sixty-Seven Days, a version of which was shortlisted in 2016 for the Queensland Literary David Unaipon Unpublished Manuscript Award, is an intense and mesmerising story of first love, culture and belief infused with Wiradjuri dreaming.

Set in 1990s Aboriginal Redfern, Evie is a proud Wiradjuri woman harbouring a dark pain after experiencing trauma as a young girl and stalked by her predator well into adulthood. Fate leads her to meet James, ensuing a mesmerising romance that spans sixty-seven days that fills her with pure love and light.

Together they visit Evie’s beloved country in the central west of New South Wales and the Riverina regions. In a heartbreaking turn of events, a sudden tragedy tears them apart the day before their wedding, but true love is everlasting and their romance goes on. An important romance novel infused with Wiradjuri dreaming, Evie and James’s love blossoms in the waters of the Kalare and Murrumbidgee, as they sing with her ancestors, listen to the spirits and create a new world together, two beings intertwined.

Yvonne Weldon is a writer of fiction with a uniquely diverse lived experience, sharing truth-telling through fictional writing that stirs reflection to encourage action for positive change. In 2016, Yvonne was shortlisted for the Queensland
Literary Awards David Unaipon Unpublished Manuscript for Sixty-Seven Days, and was awarded a Faber Writing Academy Scholarship in 2017.

Yvonne is the current Deputy Chairperson of the Metropolitan Local Aboriginal Land Council, the first Aboriginal candidate nominated for the Lord Mayor of Sydney and was award New South Wales’ Aboriginal Woman of the Year 2022. S