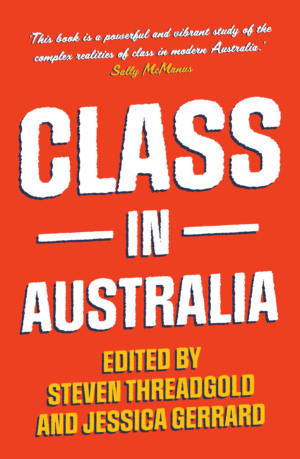 Two decades since it was claimed that class is dead, social, economic and cultural inequalities are rising. Though Australia is often described as a ‘lucky country’ with a strong economy, we are witness to intensifying inequality with entrenched poverty and the growth of precarious and insecure labour. The disconnect of the rusted-on Labor voter and the rise of far-right politics suggest there is an urgent need to examine the contemporary functions of class relations.

Class analysis in Australia has always had a contested position. The prominence of scholarship from the UK and US has often meant class analysis in Australia has had little to say about its settler colonial history and the past and present dynamics of race and racism that are deeply embedded in social and labour relations. In the post-war turn away from Marx and subsequent embracing of Bourdieu, much sociological research on class has focused on explorations of consumption and culture. Longstanding feminist critiques of the absence of gendered labour in class analysis also pose challenges for understanding and researching class.

At a time of deepening inequality, Class in Australia brings together a range of new and original research for a timely examination of class relations, labour exploitation, and the changing formations of work in contemporary Australian society.