In conversation with Pamela Hart. 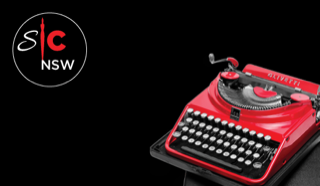 Sisters in Crime NSW presents: Mothers – how far will they go?

The Good Mother by Rae Cairns

She’s protected them from the truth. Can she save them from her past? Sarah Calhoun is a regular Sydney soccer mum, but she’s keeping terrifying secrets from everyone she loves . . . and her past is about to catch up with her. When two men from Northern Ireland hunt her down, she’s forced to return to Belfast to testify at a murder trial. Caught in the crossfire of an obsessive policeman driven by a disturbing past, and a brutal IRA executioner, Sarah faces an impossible choice: lie and allow a killer to walk free, or tell the truth and place her children in the line of fire. With her family and innocent people at risk, Sarah must find the courage to fight for the truth.

But righting the wrongs of the past just might cost her everything . . . This fast-paced, explosive thriller will keep you on the edge of your seat to its gripping finale. ‘Show me a soldier who would fight harder than a mother to save her son.’

The Mother by Jane Caro

Just like the garden, the fuse box, the bills, bin night and blown light bulbs, this was just something else she’d now have to take care of herself.

Recently widowed, Miriam Duffy is a respectable North Shore real estate agent and devoted mother and grandmother. She was thrilled when her younger daughter Ally married her true love, but as time goes by Miriam wonders whether all is well with Ally, as she moves to the country and gradually withdraws, finding excuses every time Miriam offers to visit. Their relationship has always had its ups and downs, and Miriam tries to give her daughter the distance she so clearly wants. But is all as it seems?

When the truth of her daughter’s situation is revealed, Miriam watches in disbelief as Ally and her children find themselves increasingly vulnerable and cut off from the world. As the situation escalates and the law proves incapable of protecting them, Miriam is faced with an unthinkable decision. But she will do anything for the people she loves most in the world. Wouldn’t you?

‘The vivid and gripping tale of a young family in danger and the mother who will do anything to save them. I couldn’t put it down. Passionate, vivid and unsettling, this heart-stopping tale had me transfixed.’ Suzanne Leal, author of The Teacher’s Secret

Jane Caro AM is a Walkley Award-winning Australian columnist, author, novelist, broadcaster, advertising writer, documentary maker, feminist and social commentator. Jane appears frequently on Q&A, The Drum and Sunrise. She has published twelve books. The Mother is her first novel for adults.

Rae Cairns writes thrillers and suspense featuring everyday people facing extraordinary circumstances. Her debut novel The Good Mother draws on her background as a youth worker mentoring disadvantaged youth, many of them children of the paramilitaries, in Northern Ireland during the final years of ‘The Troubles’.

Pamela Hart has won many awards including the NSW Premier’s History Prize (2005) and the Aurealis Award, (2009 & 2011). Pamela writes across both adult and – as Pamela Freeman – children’s genres. Digging up Dirt 2021 was her first crime fiction. Her second, An A-list for Death has just been released.